I thought it was time that I shared the ongoing story of turning a somewhat clapped out 1967 Mustang convertible into a Mustang GT 500E convertible. Going forward I will refer to her as "Eleanor" instead of Mustang GT 500E.

Why "Eleanor", because of the Star Car in the Nicholas Cage film "Gone in Sixty Seconds" which she is intended to be a convertible recreation of.

Gone in Sixty Seconds has one of the best chase scenes in recent times, probably only bettered by Ronin, although I am sure you will be queuing up to tell me I am wrong.

Why am I telling you about the build? I guess for a number of reasons:

1. Because at the end of the build I am going to sell Eleanor and there is no such thing as bad publicity

2. As an educational tool for those who are considering doing something similar, and may benefit by learning from my mistakes.

3. As a form of therapy, this has been a major pain in the ass build that has taken 3 times as long and cost 4 times as much as I thought at the beginning.

Ultimately Eleanor will be a great car, however she has undoubtedly been one of my biggest business mistakes. Taking up too much time and tying up too much capital she has almost single handedly caused me more nights of lost sleep than pretty much anything I have ever done. So for those considering this path you have been warned...... 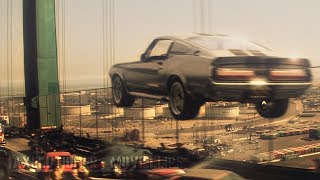